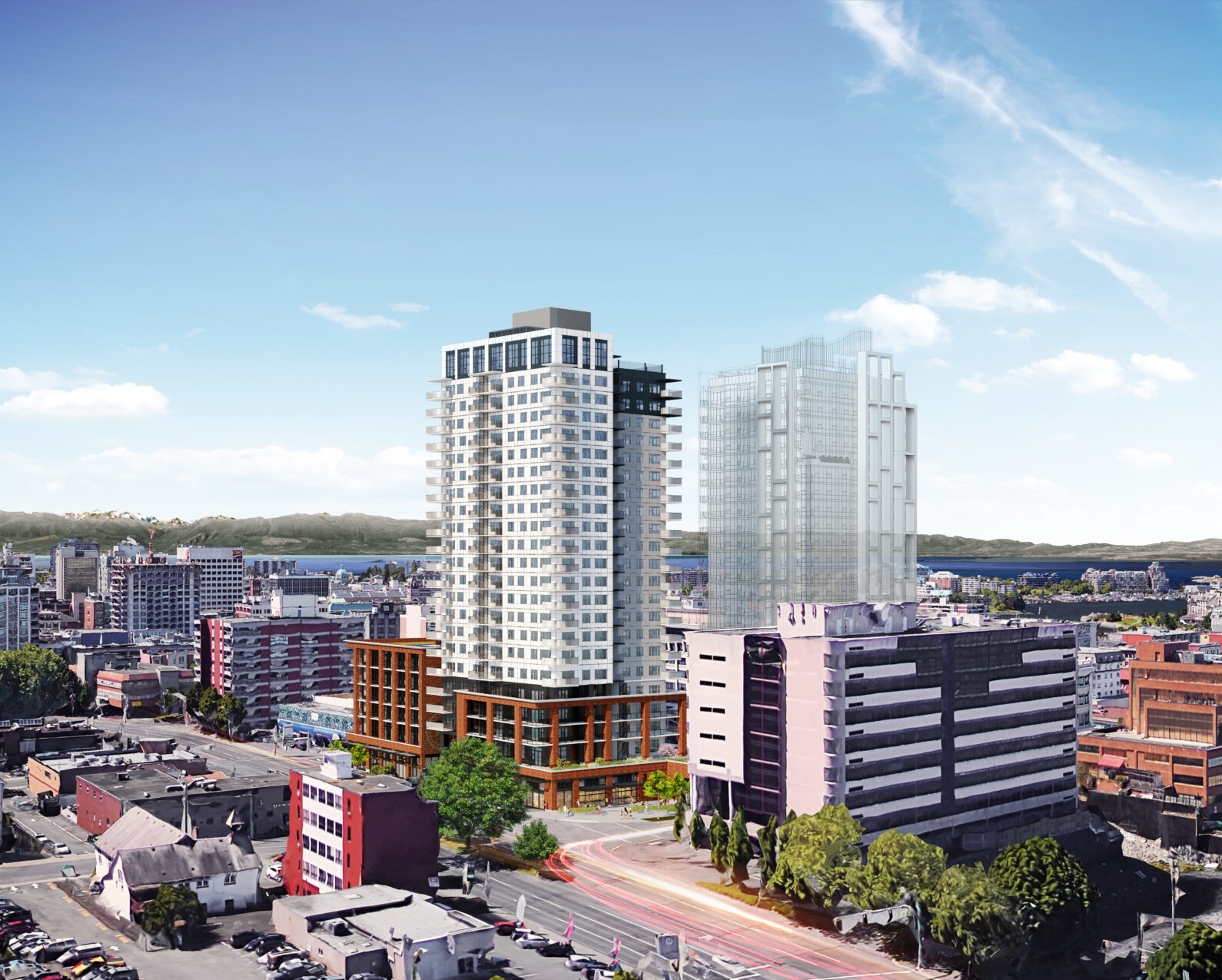 The federal government is providing a local developer with a $100-million loan to build a new affordable rental building in downtown Victoria.

The loan will go towards the development of the Hudson Place 2 apartment tower at 1700 Blanshard St.

The building will include 245 units, ranging from studio apartments to two-bedroom-plus-den units.

Roughly 93 per cent of the units will be “affordable,” according to Ahmed Hussen, Canada’s Minister of Families, Children and Social Development.

That number works out to approximately 227 affordable units, including 49 units which will be “deeply affordable.”

Construction of Hudson Place 2, by development company Townline Homes, is underway and the building is expected to open in the summer of 2022.

The minister says that the federal government is aware of the housing crisis in B.C. as well as across Canada. He adds that middle class British Columbians are “being pushed further and further away from (large urban centres) due to a lack of rental supply.”

The federal government says the $100-million loan is part of Ottawa’s plan to spend $25.75 billion to create affordable rental housing units across the country.

Though the project is adding much needed supply to Victoria’s tight rental market, advocates for the region’s working poor say it doesn’t go far enough.

“It’s not about affordability of units, it’s about rent and rent control,” said Together Against Poverty Society executive director Douglas King. “Until the rent gets lower, we’re never going to solve this housing crisis.”

King says that for years what is needed from government is a focused effort on how to find housing for lower income people living in Greater Victoria. He says for someone in the region who makes less than $50,000 a year in income, it is very difficult to find an affordable place to live.

“Until you actually see a decrease in rent, that’s when the average person is going to see the benefit and their life is going to get better,” said King. “It feels like we are a very long way from that, especially as housing prices in Victoria again go through the roof.”

Despite critics suggesting the project falls short in providing affordable homes to people living in the region, it does provide much needed rental unit inventory.

Monday’s announcement comes in addition to the federal government’s promise to build two new supportive housing sites in the CRD at a cost of $13.1 million.

The two new sites will open at 1909 Prosser Rd. in Saanichton and at 2941 Albina St. through funding from the Canada Mortgage and Housing Corporation.

Surrey is on pace to become Metro Vancouver’s new downtown