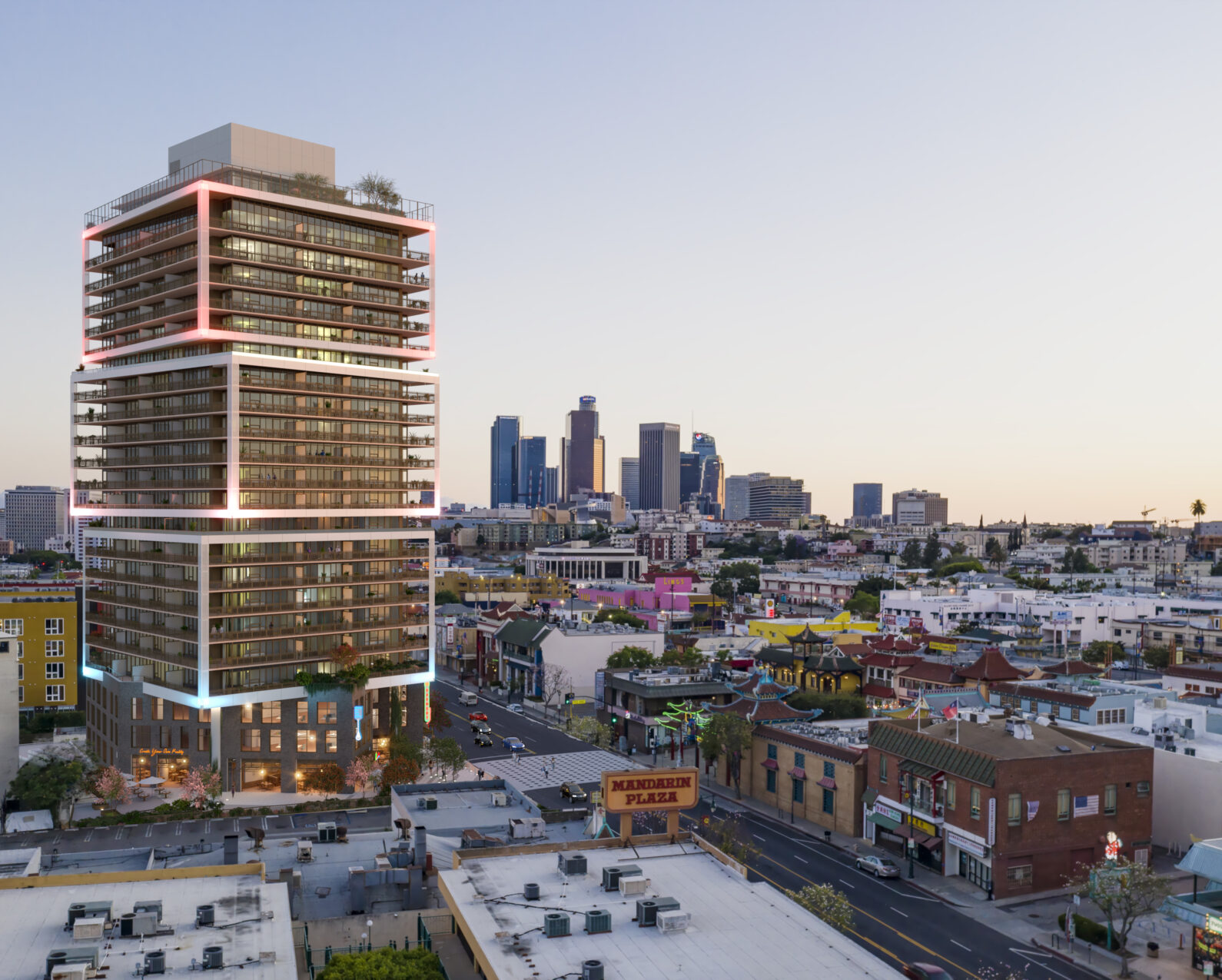 Construction to begin this summer for Chinatown high-rise

Construction is poised to begin this summer for Chinatown’s first ground-up high-rise building in decades.

Harmony, a joint venture between Canadian real estate firms Forme Development and Townline, will rise at the former site of a shopping center at 942 North Broadway.  Plans approved in 2019 by the City of Los Angeles call for the construction of a 23-story building containing 178 studio, one-, two- and three-bedroom apartments – including nine affordable units – above 32,500 square feet of offices, 5,100 square feet of ground-floor retail space, and basement parking for 272 vehicles.

Forme and Townline brought on Chris Dikeakos Architects, another Vancouver-based firm, to design the project, which consolidates the mass of the building into a high-rise, leaving much of the roughly 30,000-square-foot property as open space.  The street-level setbacks allow for the creation of a new public plaza – designed by SWA Group – which the developers intend to activate with new retail kiosks capable of hosting a coffee shop or other small business.  Likewise, the commercial space at the foot of the tower would include setbacks along Broadway, allowing businesses to spill out onto the street through outdoor seating.

Additionally, plans call for expanding an adjacent mid-block crosswalk to improve Harmony’s connection with Central Plaza, Chinatown’s historic center on the opposite side of Broadway.  A wider crossing would better align with Central Plaza’s main entrance, says Chan.

Harmony itself, according to development manager Ly Tang, is intended to look like a residential building rather than an office tower.  The initial three floors of the building, which include ground-floor retail and offices, are to be clad in brick – similar to other nearby historic structures.  The levels above will be a traditional high-rise, but with shifting balcony lines that allow the building to appear as a series of offset masses.  The tower would culminate in a rooftop amenity deck, with views unobstructed by the largely low-rise surroundings of Chinatown.

Forme and Townline are currently searching for artists to set up murals in the building’s lobby and on its parking garage ramp, but also are pursuing art in the form of neon signage – an architectural hallmark of many Chinatowns.

“With new development, how do you keep the character of Chinatown?  We think one important aspect is neon signage,” said Chan.  “Not just on our project, but on others as well – it’s part of the fabric of the neighborhood.”

Chan, who is of Chinese descent, noted that many Chinatowns have been subject to turmoil – even prior to the pandemic.  But he argues that outsiders may offer a solution.

“Tourism can be the savior – if you go to [the Chinatowns] in Melbourne and Sydney, it’s tourism that saved them.  The ‘foodie’ restaurants and high-end stuff – Los Angeles has done a good job at building that up.”

Construction of Harmony is currently expected to kick off in July and conclude by late 2023, according to Tang.