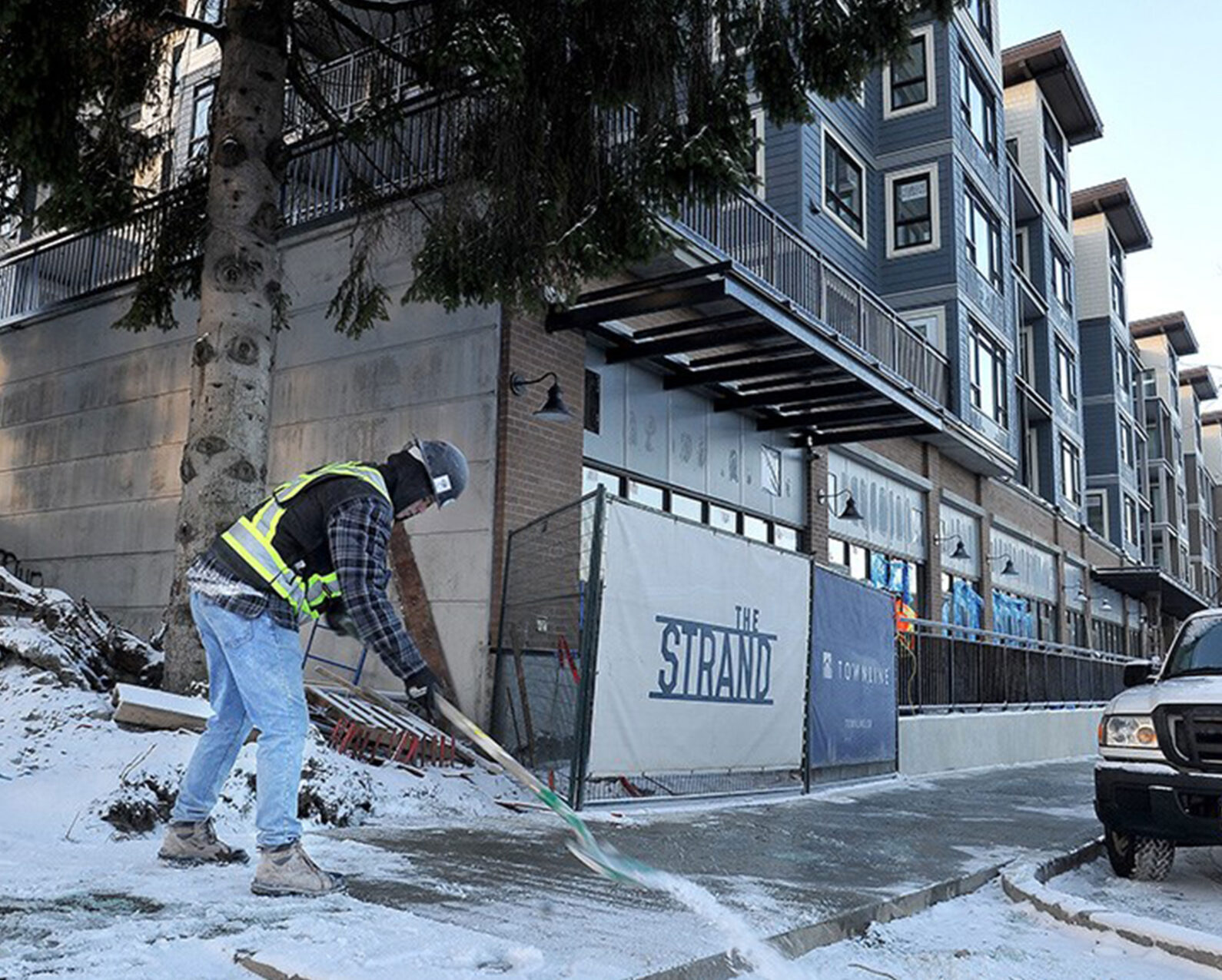 An initiative by the developer putting the finishing touches on The Strand condo project in Port Moody helped put those 84 units within reach of first-time home buyers.

But the city’s mayor says making housing affordable should be the product of government policy working in collaboration with developers.

Chris Colbeck, the vice-president of sales and marketing for Townline Homes, which is building the five-story project on the site of the old Port Moody Legion, said a sister company, TL Housing Solutions, was looking for an alternative way to make new condos affordable to young buyers aiming to get their first home but who didn’t have the means to scrape together huge down payments. Working with BC Housing and Canada Mortgage and Housing Corporation, it came up with a plan that provided an 8% grant off the units’ independently-appraised prices that would then be applied to qualified purchasers’ down payments.

In return, buyers had to meet all the normal requirements to attain a mortgage, earn a household income less than $65,850 to buy a one-bedroom unit or less than $92,000 for a two-bedroom, and have no guarantors or co-signers to their loan. They also had to agree to live in their unit as their principal residence for at least two years.

The idea, Colbeck said, was to reach a segment of the market that has good incomes but not enough left over for a down payment in the tens of thousands of dollars.

It must have struck a nerve, Colbeck said, as more than 2,000 people registered prior to the homes hitting the presale market in early 2016.

One of those buyers were partners Scott Fraser and Erica Gordon.

Having lived in the basement suite of Gordon’s parents’ home for the better part of three years, the couple decided the time had come to strike out on their own. But even their subsidized living arrangement didn’t allow 28-year-old Fraser, a contractor, and 25-year-old Gordon, who works for E-Comm, to save for a down payment.

When they heard about Townline’s program at The Strand and realized they met all the qualifications, they brought along a realtor to help them through the process and purchased a 900-sq. ft. two-bedroom unit on the building’s fourth floor.

“It’s going to be fantastic,” Fraser said in anticipation of taking possession of the couple’s new home this spring.

Many young people who want to stay in the city in which they grew up, and those who want to move out of their parents’ basement to start their life are just the kind of residents Port Moody needs as new projects are planned, especially around transit stations, Mayor Mike Clay said.

“But the big numbers are those telling me they have to leave as they can’t afford to stay,” he said.

To help reverse that trend, the city has struck a housing affordability task force and is planning to host a workshop on the issue for its citizens’ advisory committee that offers grassroots feedback on city initiatives and council decisions.

Clay said municipalities have to do more than just throttle the housing supply by speeding up growth or slowing it down as a way to influence affordability.

The city of Coquitlam, for instance, has put some of the density bonus payments it has received from developers into an affordable housing fund that has generated approval for the construction of 475 market rental units and 86 non-market units, with more in the pipeline.

“With good land use policy, the developers know what the city wants and will bring projects that work to achieve that,” Clay said. “Developers want to build across the spectrum and different developers work in different segments of the market.”

For that to keep happening, though, Colbeck said, “we need help from cities like additional flexibility for density and those sorts of things.”

Hudson Place One to be a standout in Victoria